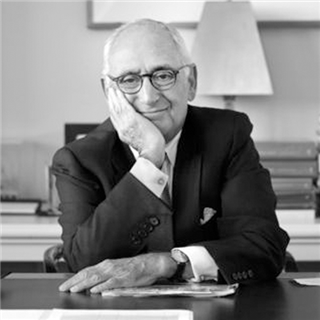 Design by Robert AM Stern Architects

Robert A.M. Stern is an internationally-acclaimed architect. He specializes in projects that draw on vernacular context and local tradition.
Robert A.M. Stern Architects, LLP, is a 220-person firm of architects, interior designers, and supporting staff. Led by Robert A.M. Stern, the firm has established an international reputation as a leading design firm with wide experience in residential, commercial, and institutional work. Over its past 41-year history, the firm has diversified its geographical scope to include projects in Europe, Asia, South America, and throughout the United States.

Stern himself is Dean of the Yale School of Architecture, a practicing architect, teacher, and writer. He is a Fellow of the American Institute of Architects, and received the AIA New York Chapter’s Medal of Honor in 1984 and the Chapter’s President’s Award in 2001. Stern is the 2011 Driehaus Prize laureate and in 2008 received the tenth Vincent Scully Prize from the National Building Museum. He is the recipient of numerous awards, including the AIA New York Chapter’s President’s Award in 2001 and the Board of Director’s Honor from the Institute of Classical Architecture and Classical America in 2007. He is a prolific writer and the subject of many more books. The team assembled by Stern Architects includes Grant F. Marani (Principal-in-Charge), Charles P. Toothill (Project Architect and Construction Administrator), Rosa Maria Colina (Project Manager) and Philip Chan (Interior Designer). Grant Marani had responsibility for the exceptional and striking Stern chapel at Salve Regina University in Newport.